Katharine Lam has established a distinguished profile throughout the UK and abroad as recitalist, concerto-soloist, chamber musician, accompanist and music educator.

Following her London recital debut in 2003, she made her debut as soloist with the City of Birmingham Symphony Orchestra in 2004 at Symphony Hall, Birmingham. The Birmingham Post praised her playing for its “glittering panache and terrific aplomb. Definitely the highlight of the evening.”

Katharine’s subsequent career has included performances at major venues with conductors including Barry Wordsworth, Adrian Lucas and Edwin Roxburgh. Her solo recitals throughout Britain have featured a wide and diverse repertoire, including contemporary repertoire and premiering new music. In 2011 she undertook training for the Integra teaching pilot and was part of the Conservatoire Integra team in Valencia at the AEC conference (Association Européenne des Conservatoires). Integra is an international project, which is seeking to develop live electronic music.

Katharine has performed a broad range of chamber music and collaborated with various distinguished artists. She has appeared in major festivals and innovative community outreach projects. In a piano duo with Duncan Honeybourne she has given recitals throughout Britain and in Switzerland, including many music societies and clubs, a recital of English works in Bern and appearances in the Delius and Ireland and Skryabin and the Russians festivals in Birmingham. Katharine has made several broadcasts as a solo pianist for the BBC, and has produced two solo piano CDs reflecting her wide-ranging repertoire and featuring music ranging from Beethoven, Chopin and Debussy to Gershwin, Chick Corea and Frederic Rzewski. Her recent recording with Duncan Honeybourne of the Sonata for Two Pianos by Andrew Downes was released on the EM Records label in 2017 and has been broadcast on Radio New Zealand Concert.

Born in Leicester, Katharine studied at Birmingham Conservatoire with Malcolm Wilson, winning numerous competition prizes and scholarships. She graduated with First Class Honours and the highest performance award, the Diploma in Professional Studies in Music Performance. In 2011 she was elected an honorary member of the Conservatoire in recognition of her work in music and music education. Katharine is passionate about teaching. She dedicates much of her time working with young musicians and is a highly regarded music educator and a sought-after adjudicator nationwide. In 2008 she joined the piano faculty at Royal Birmingham Conservatoire, where she is now Senior Lecturer in Piano. She teaches undergraduate and postgraduate students, gives a course of lectures on Piano Pedagogy and oversees the Ballet Piano Placement Scheme in collaboration with Elmhurst School of Dance and Birmingham Royal Ballet.

Consultant Geriatrician in the North East of England (Panel Group 3)

Dr. Adelina McLeod graduated from Newcastle Medical school in 2010 and is a Consultant… 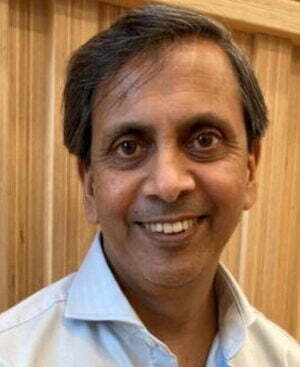 Adam is a Professor in the Faculty of Health, Education and Life Sciences at…

Professor Louise Toner is a nurse, midwife and academic by professional background; she has…